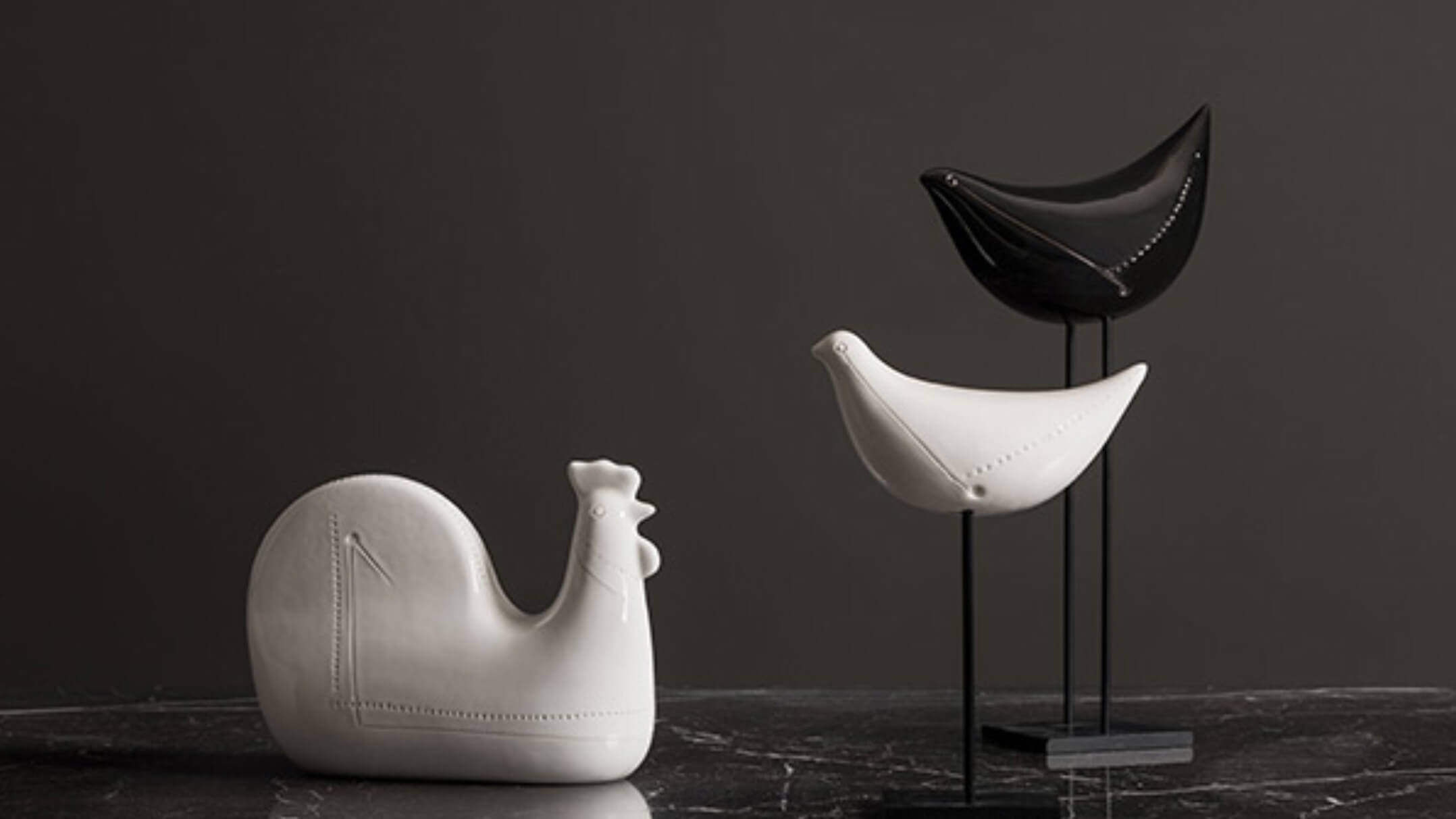 In the Arkitectura collection, that was officially defined and released back in 1987, Londi took and transformed several animal ceramic figures that he had developed throughout his long career. The collection is made of stylized figures of fishes, birds, cats in black or white and some small white and platinum bird figures on a perspex stand.
With this collection Londi explores a typical subject of the tradition, the animal world, as seen through a minimal and modern lens. Each of these subjects is capable of communicating its expressivity and character, with a simple pure sign, with no need of unnecessary details.
Arkitectura represents a fusion between industry and arts, where design is the gateway between the artistic sense of crafts and the demands of industrial production and of the contemporary market.