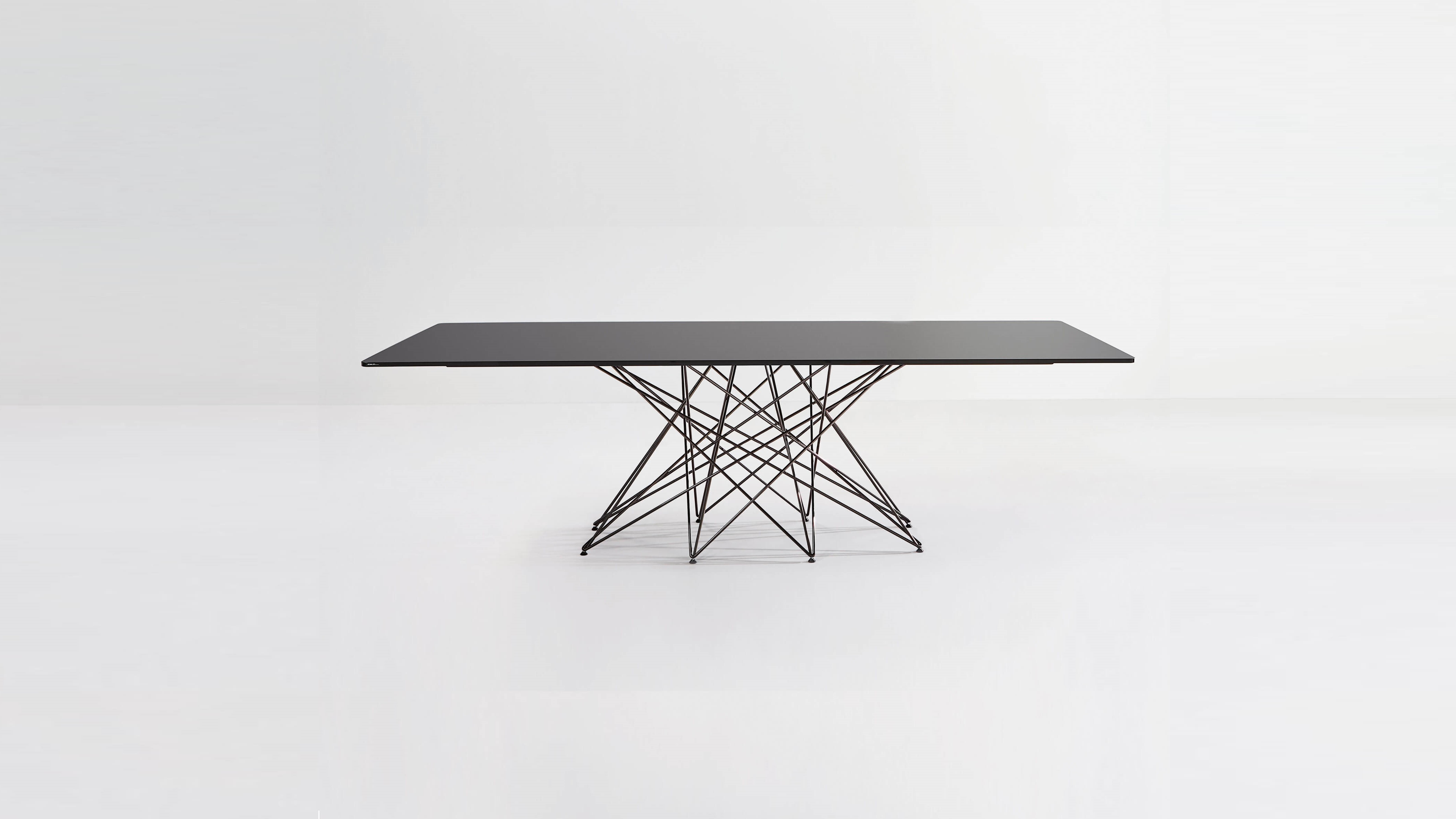 Octa comes from the Greek word “okto”, which means eight: the number of legs that make up the elaborate base of the Octa table, metal elements that intersect in an apparently disordered way. An idea that arose from playing with Shanghai sticks, an age-old pastime that suggests an idea of chaos and turmoil, lightness and randomness. The top can be fixed or extendable, and is available in a wide range of materials and finishes; in the round version, the table is fixed and made of glass or ceramic. Its image, in contrast with the base, is sober and linear. The overall result is an almost molecular equilibrium for a decidedly unusual and elegant table, able to characterize the space with a sought-after and contemporary meaning: that of a sign that becomes an object.