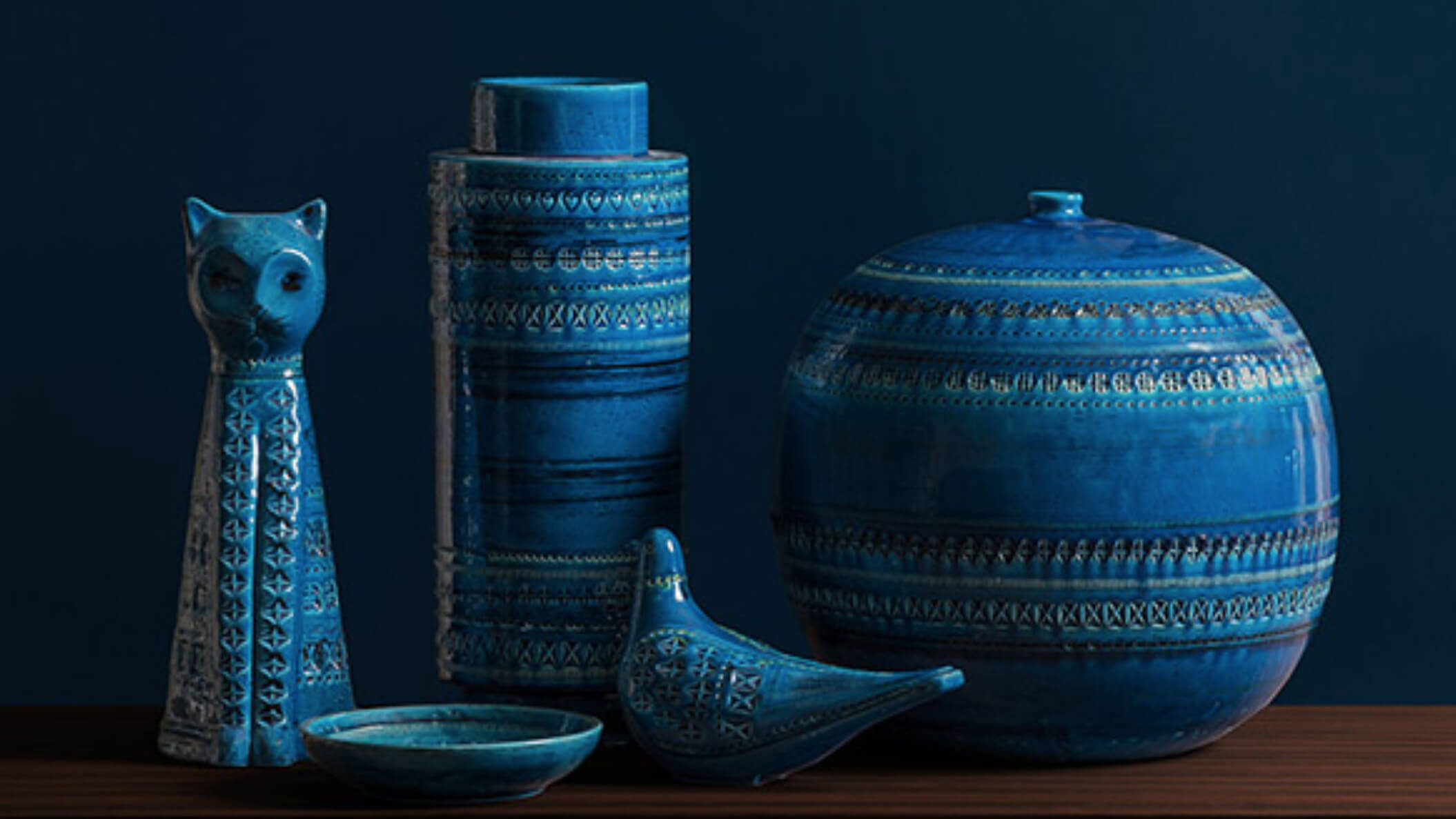 This series, which has been produced for over sixty years by the Manifattura Bitossi, is but one of their numerous claims to fame and is certainly the most important for the quantity of the production.
The decorative texture was conceived at the time of the raw processing on the already created shape, when, as was his habit, Londi would approach the ceramists at the wheel with his pockets full of small tools such as wires, screws, nails, etc., implementing sort of imprinting action.
A simple surface, consisting of minute, dense signs to create a frieze, a fantastic merry-go- round of abstract geometric symbols endlessly chasing one another. Enhanced by quick touches of color that the decorator fixes under the blue glaze and which, after being fired, magically reproduce the plays of light reflected in the sea.
It is no coincidence that the name chosen for this series was "Rimini Blue", which at that time was a famous resort of the Italian bien vivre celebrated in famous Italian pop songs in vogue in 1959 such as "Nel blu dipinto di blu (Volare)" by Domenico Modugno and "Ricordati di Rimini" by Fred Buscaglione.